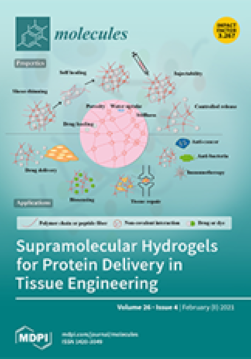 The current study attempted, for the first time, to qualitatively and quantitatively determine the phytochemical components of Elatostema papillosum methanol extract and their biological activities. The present study represents an effort to correlate our previously reported biological activities with a computational study, including molecular docking, and ADME/T (absorption, distribution, metabolism, and excretion/toxicity) analyses, to identify the phytochemicals that are potentially responsible for the antioxidant, antidepressant, anxiolytic, analgesic, and anti-inflammatory activities of this plant. In the gas chromatography-mass spectroscopy analysis, a total of 24 compounds were identified, seven of which were documented as being bioactive based on their binding affinities. These seven were subjected to molecular docking studies that were correlated with the pharmacological outcomes. Additionally, the ADME/T properties of these compounds were evaluated to determine their drug-like properties and toxicity levels. The seven selected, isolated compounds displayed favorable binding affinities to potassium channels, human serotonin receptor, cyclooxygenase-1 (COX-1), COX-2, nuclear factor (NF)-κB, and human peroxiredoxin 5 receptor proteins. Phytol acetate, and terpene compounds identified in E. papillosum displayed strong predictive binding affinities towards the human serotonin receptor. Furthermore, 3-trifluoroacetoxypentadecane showed a significant binding affinity for the KcsA potassium channel. Eicosanal showed the highest predicted binding affinity towards the human peroxiredoxin 5 receptor. All of these findings support the observed in vivo antidepressant and anxiolytic effects and the in vitro antioxidant effects observed for this extract. The identified compounds from E. papillosum showed the lowest binding affinities towards COX-1, COX-2, and NF-κB receptors, which indicated the inconsequential impacts of this extract against the activities of these three proteins. Overall, E. papillosum appears to be bioactive and could represent a potential source for the development of alternative medicines; however, further analytical experiments remain necessary.