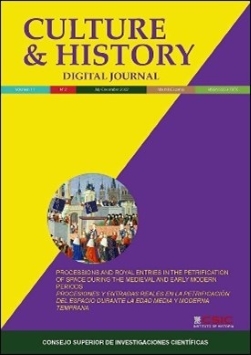 One story for two places: a comparative study on the making of Christian landscapes

Alise-St.-Reine (Burgundy, France) and Santa Mariña de Augas Santas (Galicia, Spain) share a unique history. In both places, the hagiography of Santa Marina of Antioch in Pisidia (Anatolia), usually known in Europe as Margaret, was adopted as the hagiographic account of two local martyrs, Sainte-Reine and Santa Mariña, who were extensively worshipped for centuries and still receive cult. Since the sixteenth century, literary scholars have stressed the falsity of the hagiographic attribution established in both places. However, the close relationship with the local topography of both traditions immunizes them against the effects of erudite criticism. The fact is that the fusion of the story with the place served to construct a much stronger reality that we refer to as “topological”. Some non-exclusive ideas can explain this situation: the need for Christian universalism to occupy previously polytheistic territories, the operation of places as lieux de mémoire that are well attested by anthropological studies, and how the psychology of memory works using places as memory devices.