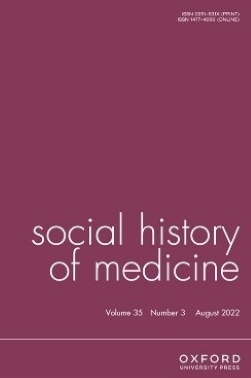 From Abandonment to Hospitalisation: Evolution of Hospital Care in Rural Spain (1939 - 1975)

The aim of this article is to explain the situation of the Spanish hospital system during the twentieth century and to analyse the reasons why the difficulties that a significant part of the Spanish population, resident in rural areas, had to access hospital services during the Franco dictatorship were perpetuated. The first section uses a conceptual perspective to discuss the repercussions that the new medical significance of the hospital had for the notion of ‘rural hospital’. The second section examines the projects for hospital modernisation that appeared before the Spanish Civil War (1936–39) and highlights what impeded the consolidation of these pioneering experiences in the country. The following section analyses the hospital situation in Spain’s rural world as well as the profound changes that occurred during the last decades of the dictatorship, just on the threshold of the health reform that was finally implemented in the democratic period.